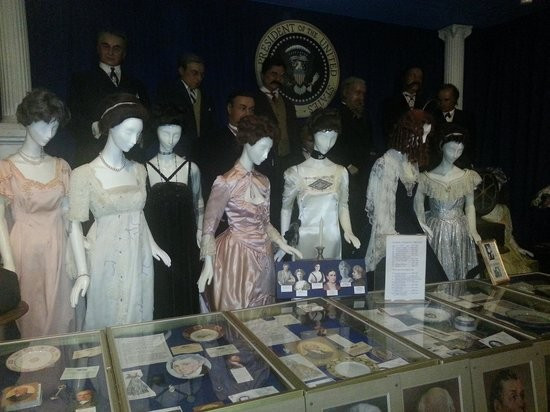 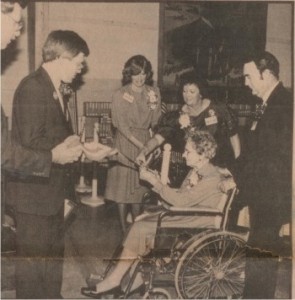 The doors to the White House were officially opened during a reception and ribbon-cutting ceremony at the National Guard Armory here last night.

Sponsored by the Monroe Chamber of Commerce, the White House Replica exhibit offers free tours to the public during the next five days, providing an opportunity to thousands of people to tour the Executive Mansion.

"This is the people's home," says Replica creator John Zweifel, who explains that people who may never get a chance to tour the real White House can nonetheless claim they visited the Mansion through the Replica which is an authentic scaled copy of the building and its contents.

Zweifel has long been associated with Monroe and fondly recalls the time he spent here as a young boy. The attitudes instilled in him then have been the cornerstone of his life, he says,

he's convinced "there's not another place like Monroe on this earth. I just wish everyone in the world could live in a place like this," he says, noting the White House Replica really got its start on a card table in his grandfather's Monroe home.

Guests were invited to tour the White House before and after a special program, officially opening the exhibit and welcoming John and his wife Jan "home again."

The Monroe Senior High School Wind Ensemble presented "A Musical Tribute to America and Our Heritage" under the direction of Thomas L. Schilt. Cecil Jones Post No. 2312 opened the brief program with a Salute to the Colors, followed by the National Anthem by the MHS Wind Ensemble. Father Thomas Campion gave the Invocation.

Chamber Executive Director Mary Ann Richie introduced several government representatives including Senator Charles J. Chvala and Rep. John T. Manske who presented a proclamation from the governor proclaiming Wednesday's events as an official "Evening At The White House" and recognizing the hard work and dedication of people of Monroe in bringing the exhibit to Wisconsin.

The highlight of the program came when Mayor Fran Thorpe presented Zweifel with a "key" to the city -made from Green County Gold (cheese).

Retail Committee co-chairmen Jim Bruce and Pat Fahey introduced the people who contributed funds to help bring the Replica to Monroe and expressed the Chamber and the community's appreciation to all of the volunteers who have helped the Chamber on the project. Zweifel's grandmother officially opened the, exhibit during a ribbon cutting ceremony at the conclusion of the program.